Here at Idonix, we strive to produce the best user experience possible in all of our software. We’re constantly on the look-out for ways to streamline processes for our customers, so they can get the most out of our products.

That’s why we came up with the VR workflow systems that we use to this day, for all of our data-driven VR solutions:

Coming up with live VR pieces is hard work. Usually the turnaround is quite large from coming up with an idea for a story through to the end-result: a slick sequence of VR graphics that tell that story to its full potential. It can be a really struggle with back-and-forth communications between designers, developers and producers.

Using Ignition, our rapid development framework, we put all of the power in the hands of the producer – they are in control of building their sequences, previewing them, and making tweaks to the graphics with real-time updates to how they will look on-screen.

By breaking down a complex VR scene into distinct chunks, we present the producer with a ‘kit of parts’ to build exactly what they need to tell their story. 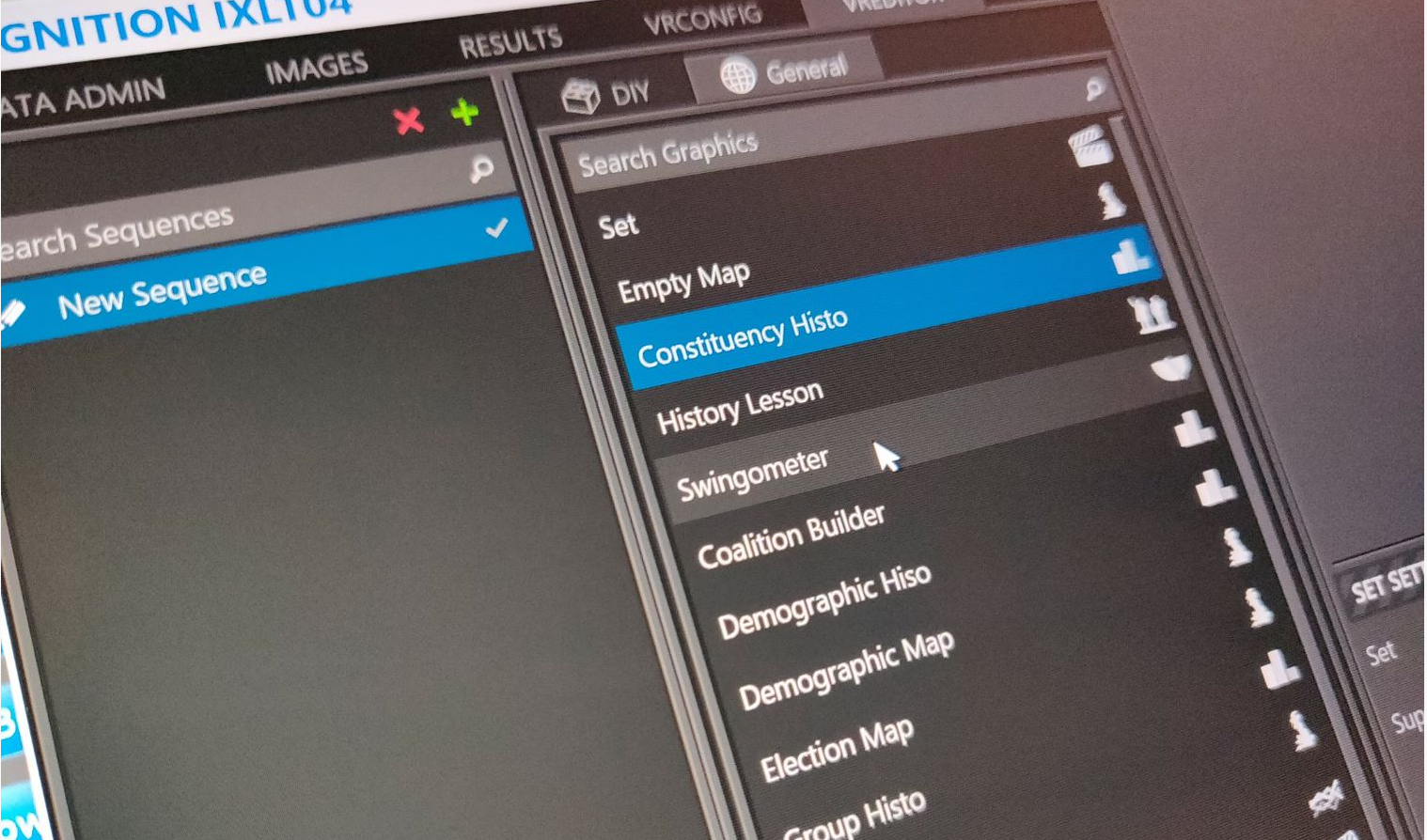 With the power of Ignition at the back-end, any live data is fed automatically to the graphics – no ‘hand-cranking’ involved.

This makes a real difference to the user experience: within Ignition, we can grab a window from whatever renderer is producing the preview output, and show it embedded within the sequence editor - make a change to a graphic, see immediate feedback of exactly how it’ll look in the rendered output right there:

All we ask from the graphics development is that each command has an optional ‘immediate mode’ flag. This lets Ignition tell the renderer that the graphics should update immediately to their new state, rather than animate, leading to quicker feedback as the producer tweaks the options for their graphics (they can then play through their sequence in non-immediate mode to preview the animations too). 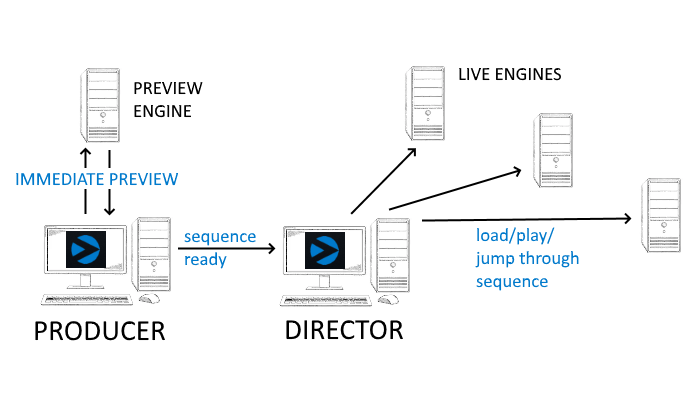 Ignition has a ‘renderer-agnostic’ approach to graphics – whether you choose Viz, Ross, Brainstorm, Unreal, or the next big thing, we abstract the ins and outs of the renderer so that they can be seamlessly swapped depending on your renderer of choice.

Could our Ignition VR workflow help your next project?